We are still lining up performers for 2022 but below are details of the bands we had at the last Tattoo in 2019 as an example. Details of performers at the next Tattoo (2022) will be added as they become available. 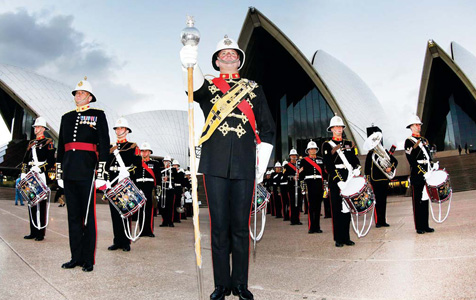 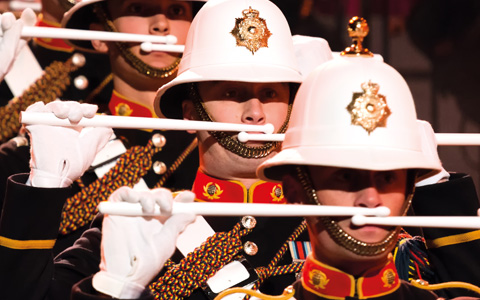 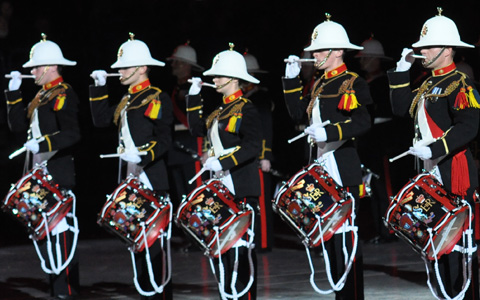 The Band & Corps of Drums of Her Majesty's Royal Marines 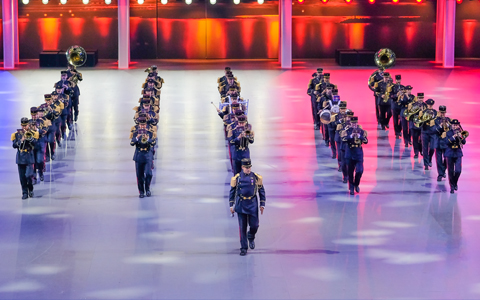 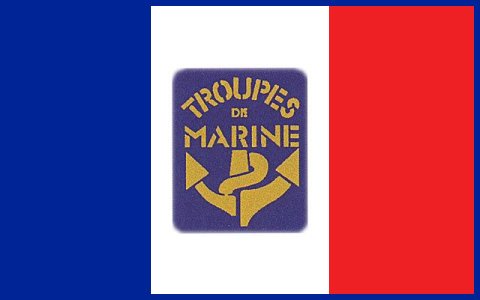 Joining us from France this year are musicians from La Musique des Troupes de Marine. They perform at a wide range of ceremonial functions and have represented France across the world. 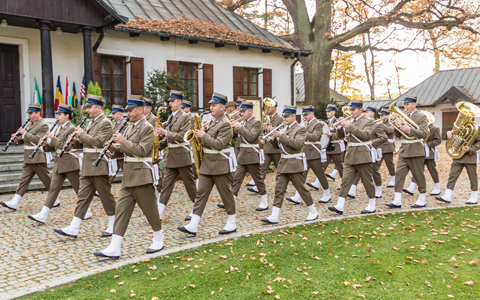 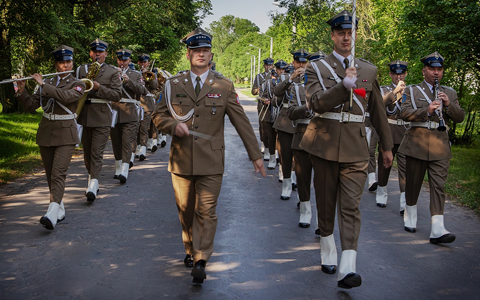 The Band of the Polish Army, Siedlce Garrison, Poland

The history of the band goes back to 1947. The band has enjoyed great success and acclaim performing in Poland and also in many international festivals and concerts of military orchestras in Austria, Germany, the Netherlands, Slovakia and Latvia. 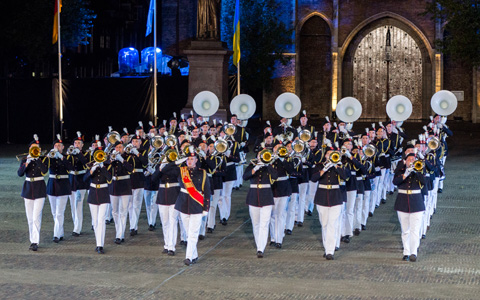 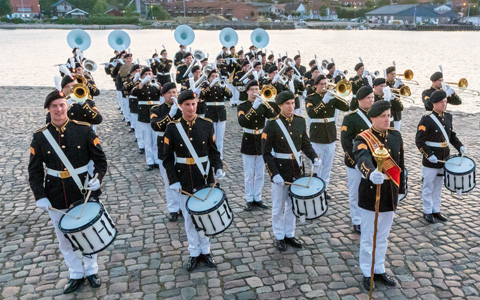 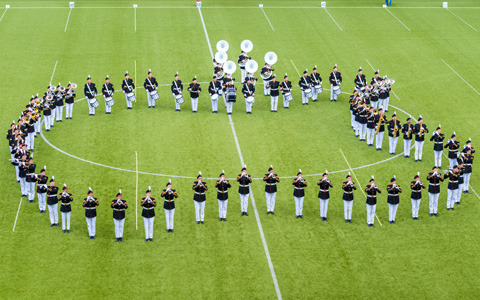 The K&G Marching Band from The Netherlands

Founded in 1928, the K&G Marching Band from the Netherlands is well known internationally and has competed in the World Music Contest 11 times, including wins in both the marching and show competitions. They still hold the record for winning both competitions three times in a row. Their distinctive dress is derived from the uniform of the Unites States Marine Corps. 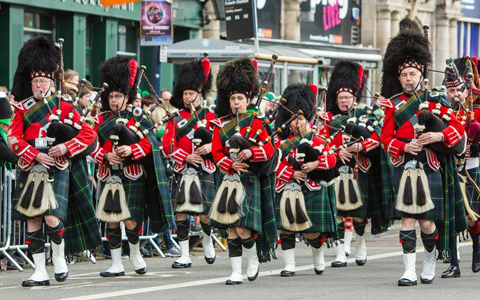 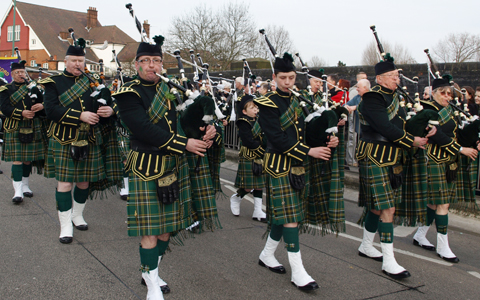 The Combined Pipes and Drums

Shirley Pipe Band from Solihull and the Birmingham Irish Pipes and Drums will this year come together to perform at this year's Birmingham International Tattoo. Both of the pipe bands taking part actively promote Scottish & Irish Pipe music through public performances across the United Kingdom and further afield. 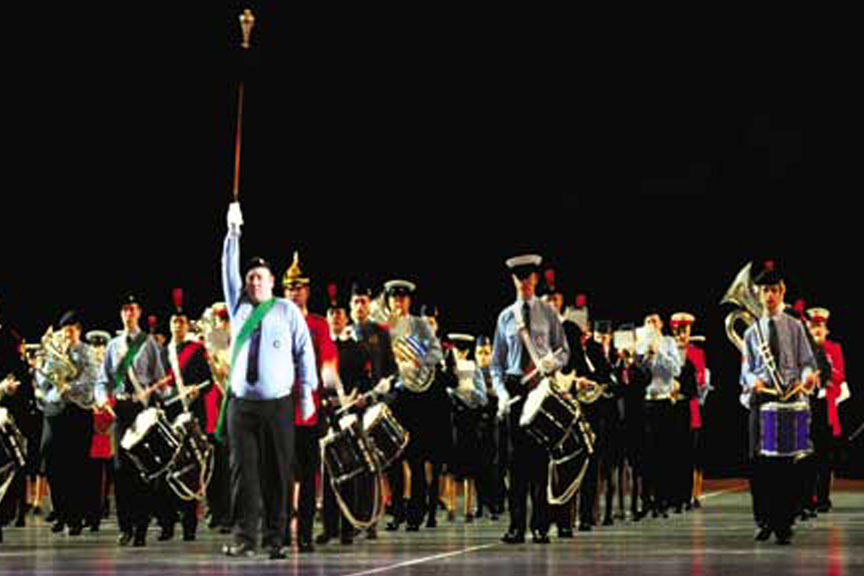 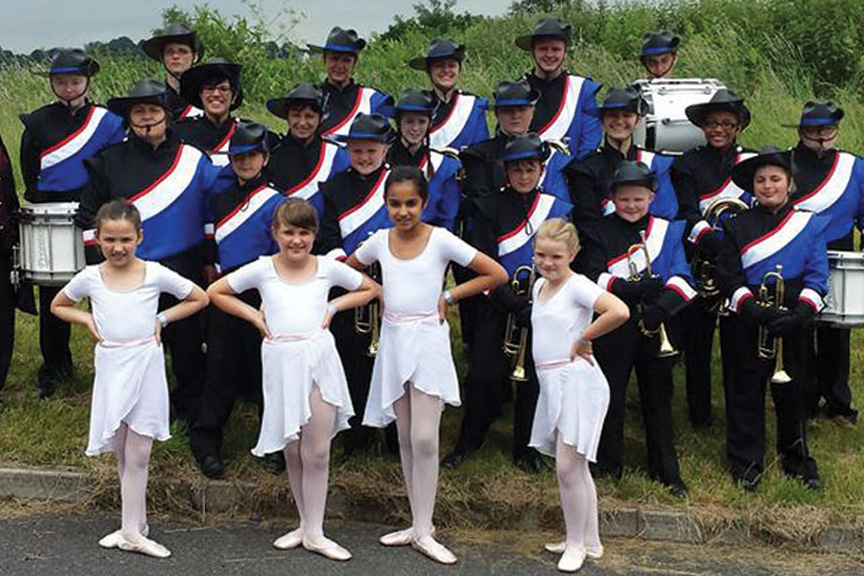 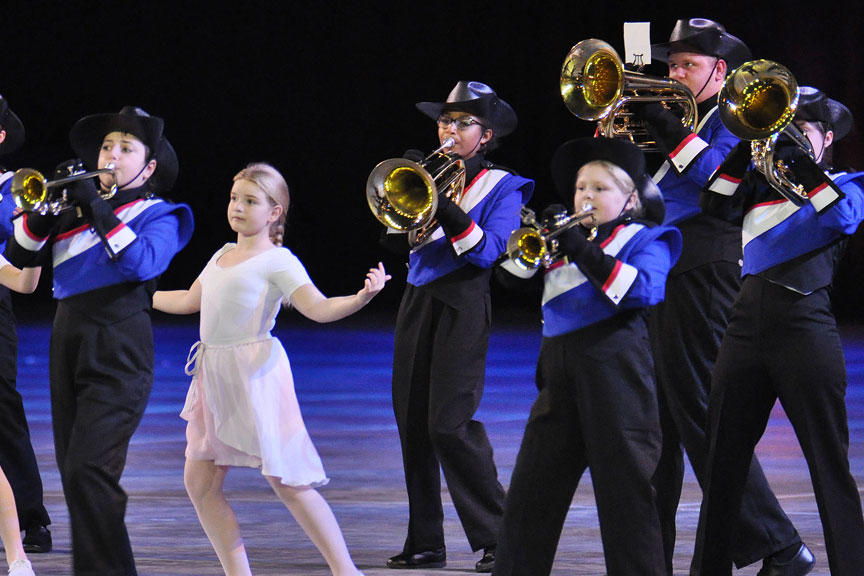 The Comets Performance Ensemble are based in Coseley in the West Midlands and their roots are in The Boys Brigade, having started life as the Bradley Boys and Girls Brigade Band. The band help keep the audience entertained before the main Tattoo starts so look out for them as you arrive at the Arena.